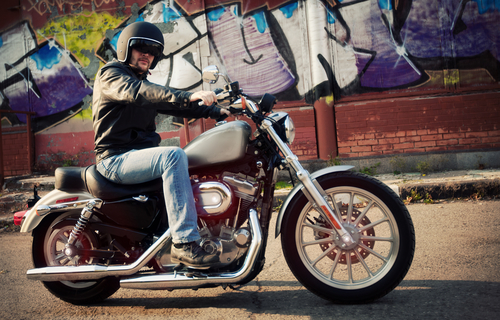 The attraction to motorcycling in California is unsurprising. The State of California has the most roads listed in the “Top 100 Motorcycle Roads” on MotorcycleRoads.com. An inviting climate, beautiful views, and challenging rides account for the number of motorcycles on SoCal highways.

The most recent statistics available from California's Statewide Integrated Traffic Records System (SWITRS) tell a sad story about motorcycle accidents in California. More than 11,780 California motorcycle riders were injured in collisions in 2013. More than 480 were killed.

Many of the collisions that injured motorcyclists occurred in Southern California counties, including:

Both nationally and in California, there were fewer deaths caused by motorcycle crashes in 2013 than in 2012. The 4,668 motorcyclist deaths across the United States represented a 6% drop from 2012. The decline was closer to 13% in California, although statisticians attribute that decline at least in part to unfavorable weather that kept bikers off the road.

A comparison of motorcycle accidents to car accidents shows that motorcycle riders, lacking the protection of a “cage,” are at greater risk of injury or death when they take to the road than are car drivers or passengers. Per mile traveled in 2013, motorcyclists were killed in crashes 26 times more often than the occupants of passenger cars.

Most 2013 crashes that injured a California motorcycle rider occurred from May through September, with more than 1,000 injuries occurring in each month. August was the deadliest month. Other months with more than 50 fatal motorcycle accidents in California were July and October.

About 24% of motorcycle riders killed in California in 2013 had a blood alcohol concentration of 0.08% or higher (the “legal limit” in California). That compares to a nationwide average of 28%.

Most riders who were killed in California motorcycle crashes in 2013 had a valid license. About 22% did not.

“Supersport” bikes are associated with the highest fatality rates. In 2013, fatalities by engine size broke down as follows:

Not surprisingly, studies show a correlation between the speed at which a motorcycle was traveling and the severity of the rider's injuries. Studies also show that riders of larger bikes tend to be injured more severely than riders of smaller bikes, but that statistic probably also relates to the speed of travel.

The SWITRS data indicates that, when crashes are the motorcyclist's fault, the primary factors contributing to the crash are:

Oddly, the SWIRTS data does not record the primary causes of motorcycle crashes that the fault of another vehicle's driver. However, we know from the comprehensive Hurt Report, from statistics compiled by the National Highway Traffic Safety Administration (NHTSA), and from a recent Florida study that more than half of all motorcycle accidents involving another vehicle (and perhaps as many as two-thirds) are caused by the driver of the other vehicle.

All of these sources agree that the most frequent cause of crashes between motorcycles and cars is the decision of the car driver to make a left turn in front of an oncoming motorcycle. It is the driver's failure to yield that causes the crash, but since the motorcyclist strikes the car, the insurance industry spins the statistic to suggest that most accidents are caused by negligent motorcyclists.

The Law Offices of Timothy J. Ryan works hard on behalf of our clients to overcome the false impressions and negative stereotypes that work against motorcyclists who seek fair compensation for their injuries. We understand that drivers who fail to share the road with motorcycles are usually at fault for motorcycle crashes.

Studies confirm that helmets and durable clothing mitigate the harm to riders and their passengers when motorcycles crash. Unfortunately, no gear provides perfect protection from injury or death.

Motorcyclists who die in crashes usually suffer multiple injuries, making it difficult to identify a single, prevalent cause of death. Head and brain injuries, however, are cited in about 30% of all motor rider deaths.

When injured motorcyclists are admitted to a hospital for treatment, the most commonly reported injuries are:

Blood loss, severe burns, and eye and facial injuries are also relatively common reasons for hospital admissions. When injured motorcyclists are treated in the emergency room and released, the most commonly reported injuries are arm and leg fractures, knee and foot injuries, and road rash.