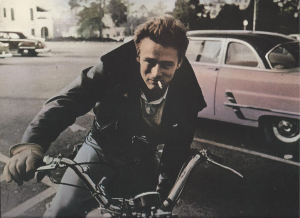 Motorcycle riders, like bicyclists and even pedestrians, often have difficulty persuading juries to give them the compensation they deserve when they are victims of an accident involving a car. Of those three groups, however, motorcyclists are the most likely to be screwed by juries. There are a few reasons for that.

Most adults drive cars. So do jurors. They can identify with pedestrians because every child learns that you need to be careful when you cross the street because drivers are not always paying attention. Even if they are not active bicyclists, they probably rode a bicycle at some point in their lives. Drivers may view bicycles and pedestrians as nuisances who should stay out of roads that are meant for cars, but their personal experiences give them some understanding of the risks that pedestrians and bicycle riders take when they share a road with cars and trucks.

Insurance company lawyers like to keep it that way. During jury selection, lawyers are allowed to “strike” or remove a certain number of jurors from the jury pool. As long as the strikes are not related to race or some other improper factor, no reason needs to be given to justify the strikes. When a trial involves an accident claim brought by an injured motorcycle rider, insurance company lawyers invariably strike the potential jurors who own a motorcycle.

If you ride a motorcycle, particularly if you wear a heavy leather jacket as protective clothing, you are probably familiar with the stereotypes that motorcyclists endure. They include:

A recent study in Florida discovered that the majority of accidents involving a collision between a car and motorcycle are the fault of the person driving the car. Since jurors think car drivers are more responsible than motorcycle riders, however, stereotypes are more likely than reality to influence verdicts.

Police officers take statements from the people who were involved in an accident. Since the officers rarely witness the accident themselves, they base their accident reports on what they are told.

Unfortunately, motorcycle riders are more likely to be injured in an accident than drivers of cars. If they are taken from the scene in an ambulance, they may never have the opportunity to tell their story to the officer. When they do talk to the officer, they may be suffering from a concussion that causes confusion or impairment of memory. The statement will be used against the motorcyclist at trial even if the injured rider was less than coherent when the statement was made.

Motorcycle collision lawyers face challenges when they represent motorcyclists in personal injury cases. They need to overcome the prejudices that infect juries. They need to introduce compelling evidence to explain why a motorcycle rider's statement to the police was incomplete or inconsistent with the motorcyclist's trial testimony.

Most importantly, personal injury lawyers need to make the jury see the injury victim as a human being, not as a stereotype. Fortunately, a personal injury attorney who has years of experience representing motorcycle accident victims learns how to meet those challenges.