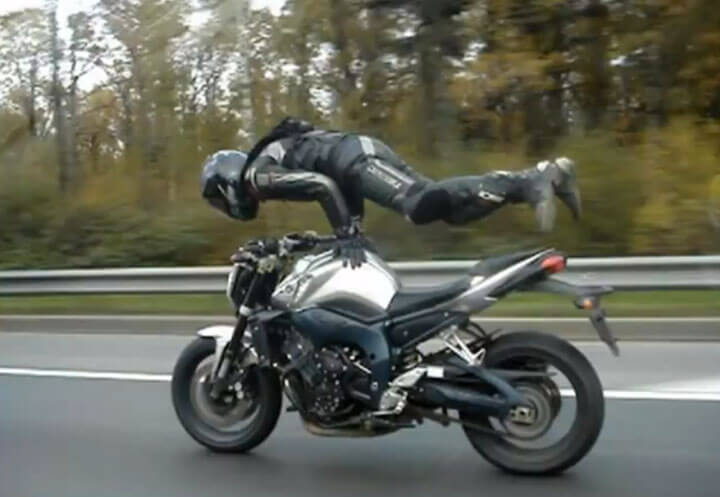 Are your insurance rates going up because insurers pay too many claims that result from reckless driving by motorcyclists? While that is the public perception, the facts tell a different story.

Risk is not the same as danger

In that sense, riding a motorcycle is more dangerous than driving a car simply because the risk of being injured in an accident is greater. But danger to a motorcyclist is not the same as a dangerous motorcyclist. That's a distinction that too many people fail to appreciate.

Blame it on the motorcyclist

Motorcycle riders are no more reckless than any other vehicle operator. In fact, comforted by the steel shell that surrounds them, drivers of cars are more likely to take chances than drivers of motorcycles. Car drivers chat on their cellphones. On long trips, they set their cruise controls and relax their vigilance. Motorcyclists must be constantly aware of their surroundings. They know that their motorcycles are less visible than larger vehicles. They know that they can lose control of their bikes if they take a corner too fast. Experienced motorcycle riders tend to be cautious drivers because their lives depend upon it.

Some OC motorcycle accidents, usually while cornering, involve no vehicle other than the motorcycle. Many of those are the fault of new drivers. The accidents result from inexperience more often than dangerous driving. When a collision occurs between a motorcycle and a passenger vehicle, however, people tend to blame the motorcyclist.

There are many more cars than motorcycles on the road. Perhaps that accounts for the fact that, as one journalist put it, “people in cars traditionally have pointed to reckless motorcycle drivers careening in and out of traffic for putting their own lives at risk.”

The perception reflects the bias of people who drive cars. It does not reflect reality. According to a recent study by the University of South Florida's Center for Urban Transportation Research, 60 percent of collisions between cars and motorcycles are caused by the driver of the car. That study is consistent with the 1981 Hurt Report, which found that two-thirds of collisions involving a motorcycle and another vehicle were the fault of the other vehicle's driver. In most of those cases, a car failed to yield the right of way to a motorcycle.

Every May, at the beginning of Motorcycle Safety Month, the National Highway and Traffic Safety Administration (NHTSA) reminds car, truck, and bus drivers of their responsibility to share the road with motorcycle riders. While NHTSA says that a “motorcyclist has the same rights, privileges, and responsibilities as any other motorist on the roadway,” many drivers regard motorcycles as a nuisance.

NHTSA identifies several ways that car drivers endanger the safety of motorcyclists, including:

Many collisions result from drivers making a left turn in front of a motorcycle. Motorcycles have smaller profiles than cars, making them harder to see in a casual glance at the road.

The Florida Department of Transportation has a slogan that all drivers should heed: “Look Twice for Motorcycles.” If all drivers of four wheel vehicles were aware of motorcycles and respected their right to share the road, they would do their part to reduce the number of accident claims filed by motorcyclists.