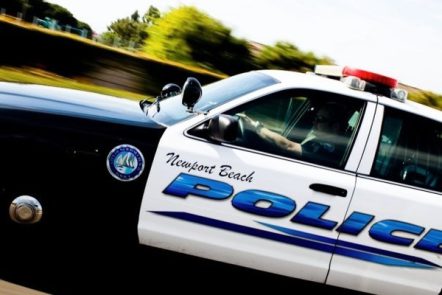 There will be extra officers put on duty to patrol the areas most frequented by motorcyclists. These areas have been chosen due to their high levels of traffic collisions. This is all in an effort to reduce the number of motorcycle accidents and injuries in Newport and throughout the OC. Educational efforts and enforcement will be aimed both at drivers and motorcyclists alike. Officers are setting their sights on specific offenses like DUIs, Driving on Suspended License, Speeding, Driving on Revoked License, Motorcycle License violations, and all types of dangerous activities involving motorcycles and auto drivers.

While Newport Beach has enjoyed a reduction of over 50 percent for fatal traffic collisions from 2013 to 2014, they feel it still isn't enough. The Newport Police are totally committed to maintain their efforts to keep those numbers going down. They are encouraging everybody out on the road to constantly be alert and stay aware of their surroundings. They want people to especially watch how the turn and change lanes. It doesn't matter if you are riding on four wheels or two, it is the operator's responsibility to be safe when on the road.

This safety campaign actually started back at the first of August. It is expected to continue until the number of incidents declines. Newport Beach fatal crashes involving motorcycles was down from 2008 to 2010 and then rose again in 2011. There have been 31 crashes reported this year. One such motorcyclist to lose his life was ‘Patrick Lee', who died August 22.

Newport Police state that it was not Lee's death that sparked this increased focus on motorcycle safety. It began earlier in August as a routine campaign that is funded via the Office of Traffic Safety. The death of Patrick Lee just solidifies its importance.

The accident involving Lee involved his motorcycle and seven cars. The crash happened at the Campus Drive and Bristol Street North intersection. The police stated that the investigation into how it occurred and who was at fault is still open.

During this current campaign, the police will be watching for violators either on motorcycles or in cars. Anyone breaking any rules that could lead to crashes will be pulled over and dealt with according to the law.

The city of Newport Beach had 5 people killed in 2011, with around 400 more injured due to traffic accidents. These statistics come from the CHP Statewide Integrated Traffic Report. The number of Orange County fatalities overall hit 128, with over 13,000 injuries from crashes throughout the Orange County area.

Motorcycle accident injuries are some of the most horrific sustained. If you or your loved one has suffered injuries as a result of someone else's negligence, you may be in a position to be compensated for your medical expenses. Without pursuing a claim, motorcycle injury victims may be forced to pay medical expenses out of pocket. Call (888) 250-2865 today to obtain a free case evaluation from a Timothy J. Ryan & Associates motorcycle accident lawyer and find out what options you have available.